Dying to Stay – Is Your Fight for Justice Costing Too Much? 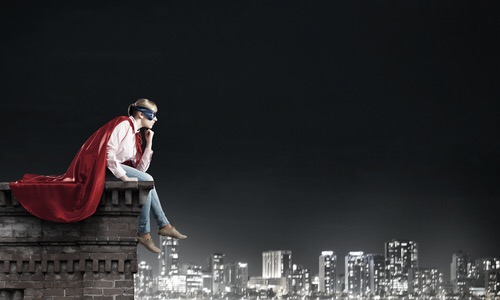 What are you willing to die for?

This may seem like too serious of a question for those simply defending themselves against unfair treatment at work, but it’s one that must be considered.

Employees who find themselves suffering in the workplace often fail to heed the advice of experts to leave their toxic environments. And understandably so. There are countless reasons we become attached to our jobs. And even more reasons we fight to stay…including the sheer injustice of what we’re facing.

This blog is for those of you whose fight became more than about a paycheck. Those who became so outraged by the wrong being done that you felt a moral obligation to stand up against it.

My hope is that employees will understand why experts are telling us to leave our toxic workplaces (especially when you’re fighting your heroic battle alone). For what they know, that you may not, is that the cost of your bravery may come at far too high a price…no matter how noble the cause.

Are you dying to stay? Let’s take a deeper look to find out.

The Reasons We Stay

According to the Workplace Bullying Institute’s (WBI) 2013 survey , employees gave three main reasons they don’t just pack up their desks and leave:

When you take into consideration that most targets feel a strong sense of ownership in their jobs, care deeply about their workplaces, and have high moral standards, it’s no surprise that the fight for justice comes right behind the need to protect one’s livelihood.

But research shows that most workplace warriors have no idea that what they’re up against isn’t only an injustice, but actual abuse. And when the abuse is from someone in power, the less control they’ll have and the less likely they’ll win. Without this understanding, it can be difficult to recognize the signs that it may be time to go.

A. We listen to our bodies.

Whether physical or psychological, when we face a threat, our bodies respond in a very primal way. The body’s defense system releases powerful hormones, shutting down parts of our brain while activating others to ensure the best chance of survival. Our heart begins to beat faster, we become laser focused on the danger and our body becomes extremely tense.

In most cases, our bodies return to normal when the immediate danger passes. But when you face workplace aggression, the threats don’t stop, leaving our bodies in this distressed state much too long. This is why targets are at such high risk of damage to their physical, emotional and cognitive functions.

So, is the fight worth it?

According to the WBI, workplace bullying targets have a 71% chance of facing a negative outcome with their situation. This comes with a 40% chance of developing the below life debilitating health issues:

Can’t imagine ever suffering from any of these?

I couldn’t have imagined it myself. After all, I was one of the fortunate ones. I came into my workplace bullying battle with no prior health issues, had lots of outside support, and didn’t rely on my income to survive.

But I found that none of these factors could stop the repercussions of pushing my body beyond its limits. I discovered, much too late, that you don’t have to believe one word those bullies say about you to lose your confidence. You can be fearless in the face of adversity and still end up terrorized. And you can have no doubt that you fought with integrity, and yet, find yourself questioning everything.

How Fighting Workplace Bullying Took Its Toll on Me

The price I’d pay for fighting injustice alone would be far more than the loss of my career…and much more than the memory loss that finally scared me enough to walk away. It would take 12 weeks before I’d feel my battle’s full effect.

I’d find myself waking up one morning with an onset of symptoms so overwhelming that I was unable to get my children ready for school. In the following 10 days, I would experience uncontrollable trembling, sweating, shivering and violent vomiting. My heart would beat out of my chest and for the first time in 43 years, my thoughts went to unimaginably dark places.

Anxiety ruled my nights and fear tormented my days, making it impossible to complete even the simplest of tasks. 15 months later, I still, at times, feel the effects of my workplace abuse fight.

Choosing to stay or go is a personal decision that only you can make. I know there are many factors that you need to consider. And I know, first hand, how unfair all of this is.

My hope for today is that you will stop fighting, for just a moment, and assess your current health. That, if you’re already struggling to sleep, are having trouble eating, and are obsessing about what’s happening to you, that you’ll review some of the options and resources available to you.

And, if it still seems impossible to let it all go due to the sheer injustice of it all, don’t fret. There are plenty of ways you can fight back against workplace abuse once you’re in a safe place and you’re healthy again.

Right now, there is an option that can prove to be just as strong, just as brave and equally as heroic as you have already shown to be. One where you are no longer dying to stay, but rather…

Wherever you are in your career, I wish you success, peace, and most of all, good health.

If you are new to my writing, you can visit me at www.theempoweredemployee.com to read more of my blogs and find the resources I found helpful. You can also join me on FB at The Empowered Employee.