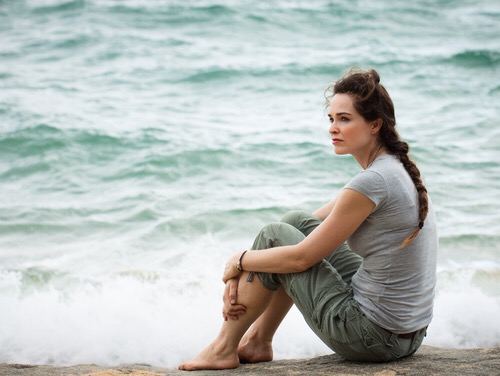 Did you know that survivor’s guilt can follow a workplace aggression event almost as naturally as anger and sorrow?

At least it did for me.

About two months into experiencing some major breakthroughs, I began to recognize a reoccurring thought following each victory:

“How dare I be so devastated about my workplace bullying experience when others had experienced so much worse, had lost so much more, and all without anywhere near the resources I had been so blessed with.”

I knew there was no denying my life had been forever altered, that I had experienced a soul crushing loss, and that my physical health had suffered.

However, unlike other targets of workplace aggression, I was able to walk away from the abuse without losing the roof over my head.

I had a husband that, due to his profession, understood the body as it was breaking down. I was able to hire a top coach to help me work through my pain. And most importantly, I had the ability to take as much time as I needed to heal.

I felt so unworthy of my progress that these resources soon became a source of guilt… survivor’s guilt.

So I set out to understand yet another aspect of my recovery. And as always, I started at the beginning.

What Is Survivor’s Guilt And How Does It Affect Us?

Like many others, so far in my life I had a pretty typical relationship with guilt. I found it to be a necessary and useful emotion.

Guilt can play a key role in motivating us towards positive change. When we do something wrong, it can encourage us to make amends. When we hurt someone, it can keep us from doing the same hurtful things in the future.

But what happens when we feel guilty for things we didn’t do wrong? For things we weren’t in control of? This is the unhealthy side of guilt. The one that breeds self doubt and weighs heavily on the soul.

Trauma And A Survivor’s Guilt

Survivor’s guilt can be experienced by anyone that has survived trauma or tragedy, including those who have experienced workplace aggression.

My quest for understanding led me to the three most common kinds of survivor’s guilt:

I quickly began to identify with the first and second kind. I understood the regret over the “should haves” and the “shouldn’t haves” and I was happy I’d conquered them during the “obsession phase” of my healing.

But what of the third kind of survivor’s guilt? Was I feeling this way because I was thriving and not merely surviving?

As I researched further, I began to recognize some possible reasons guilt was being triggered after a particular victory:

1. After I overcame the idea of how unjust the world was, I felt it was “unfair” that others didn’t have the support and resources I had.
2. While I moved past my own sense of betrayal, I felt like a traitor to leave behind those still stuck in the pain of workplace bullying.
3. After accepting that bad luck played a part in my experience, I became hypercritical that luck had played a large part in my recovery.

My experience resulted in a very real emotion known as Empathic Distress This refers to the wallowing in guilt (sorrow) as possibly a way to still share in the anguish of others’ suffering. It was my way of continuing to remain attached to the experience.

This realization brought me to another piece of the puzzle; one simple condition that allowed me to accept myself, my actions, and my emotions.

Regardless of race, sex, culture, religion or status the Human Condition is the one binding thread of commonality in all of our experiences. It is constant, predictable, and has the power to connect us.

I began to understand that just like many others who had faced workplace aggression:

• I fought back because I was attacked.
• I hurt because I was betrayed.
• I cried because I experienced loss.
• I trembled because I didn’t have control.
• I broke down because my body and mind had been pushed too far.
• I sought help because I couldn’t do it alone.
• And I overcame because I desired it more than anything else.

It was in this realization of my own humanity that I came to release myself from guilt. To realize there was no need to compare my experience to others or to justify it by recounting only the dirtiest of details.

The truth is, workplace bullying is a phenomenon that knows no exceptions. And likewise, recovery, including from survivor’s guilt is just as non-discriminatory.

Recovery Is A Non-Zero-Sum Game

A Non-Zero-Sum Game is one in which one player’s win needn’t be another player’s loss.  In fact, it’s quite the contrary.

If the “game” of workplace aggression recovery is played where all participants communicate, trust each other and cooperate, we can see a win-win for everyone.

There are so many ways to participate and make a difference, no matter what your circumstance. You can help by sharing experiences, supporting someone else who’s suffering, donating to research, or participating in state legislation. In these ways, each of us can play a vital role in winning against workplace bullying. Even if it’s one small victory at a time, one target at a time.

These days, instead of letting survivor’s guilt hold me back, I use it to motivate me. I use it to inspire me to make a difference and share what I’ve learned with others.

By understanding survivor’s guilt as an aspect of the human condition, as well as the power we hold in helping one another, we can release ourselves from our self-inflicted pain. Thus, we can declare one more victory on our path to peace.

We have enough to overcome while we heal from our ordeal. Let’s make sure we fully rejoice in each other’s victories. For overcoming workplace bullying takes nothing short of a Herculean amount of strength and support.

Where ever you are on your path to peace, I wish you well.